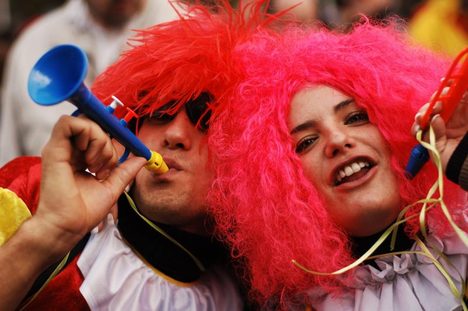 “Fassenacht”, or carnival – the famous fifth season and the celebration that out-parties all others. Carnival means wonderful days and all-night parties, dinners in fine halls with political speeches and “Kokolores”(gobbledegook), costumed balls and the huge Rosenmontag parade through the city centre.

Carnival’s origins stretch right back to the 16th century, while the first carnival societies were founded in Mainz in the 19th century.

But carnival is also part of the city’s history – a phenomenon of cultural history that has made this carnival centre famous far beyond the boundaries of the city thanks to the well-known television show “Mainz bleibt Mainz, wie es singt und lacht”.